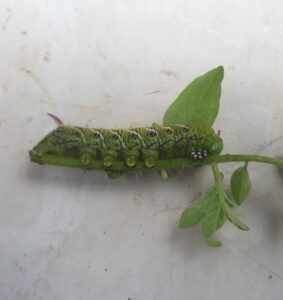 Children’s book characters being well realized does not necessarily speak to the realness of the images. For the most part, children books contain artistic drawings or embellished illustrations and not real to life photography. It also doesn’t mean that the stories cannot be fiction or fantasy because they can. Well realized is more about what constitutes the characters than how they appear or the type of stories in which they are featured.

What makes characters well realized is what the authors choose to convey about their essence or personalities.  Sometimes the authors may assume that the readers are familiar or has some basic knowledge of the characters and allows their own prospective to guide their interpretations. More frequently authors choose to take command and actively persuade the reader as to what the characters are all about. In this way the authors can direct the thinking of the reader to a viewpoint like the author themselves. The author’s intent for the characters and their roles in the story is then clearer and less subjected to interpretations. Often the characters, are central to the themes and plots and must fit or adhere to a role that is consistent with these components. For example, roles designed for caterpillars would struggle mightily with elephants casted instead.

Well realized characters display their dominant characteristics or traits. These traits include the character’s faults or flaws, their strengths, and weaknesses, as well as their special abilities or vulnerabilities. Descriptions such as poor, drunken, hideous, as opposed to rich, upstanding, and beautiful may be the more direct approaches to make the character well realized. Although these same concepts may be relayed in other ways such as by the characters’ place of origin, their ancestors, the type of clothing they are wearing or their ranking or class amongst others of their kind.

These distinguishing features or qualities are important to the characters and to the story. For the characters it sets the stage for them to be specifically casted. It determines their fit or appropriateness for their roles. Not only does the lead characters need to be well realized but so too do all the characters.  Being fit for the roles allow the reader to accept how characters will proceed forward or act within the various aspects of the stories. It also gives a clearer indication when there is a change in the characters. This is important for the reader to recognize whether the change is a voluntary betrayal, or it was a forced or coerced by another character or event. Grasping this change may be key to an important turn or twist in the stories significant to the themes.

The stories too benefit from the characters being well realized. Doubt, mistrust, or inconsistencies in the characters that are unintended, may derail the theme or central point of the stories. The readers want and need to get the gist of the stories and a thorough understanding of the characters can make the context of stories believable even when they are purely fictitious. Many times, children’s books’ characters are being newly introduced and some maybe for their first and only time. Well-polished characters selected to fit clearly defined roles have a better than average chance to deliver stories in believable ways that will be well received and memorable to their audiences.

Does an easy or hard teacher offer any real benefit to the students?

Is it significant when children ask that books be read again to them?

This is a widget ready area. Add some and they will appear here.